So my great friend, Carrie Butler, and I both decided to reveal the covers for our upcoming releases on the same day. We laughed and squealed in shared excitement…and then realised that it would be a massive logistical challenge to host each other’s reveals on our respective blogs alongside our own reveals on the same day.

After a moment’s silence, we hit upon the idea of the blog-swap and here we are, a mere 48 hours after the initial event, to celebrate each other’s covers all over again. Carrie’s hosting Sophie’s Encore on her blog, and it is my tremendous pleasure to give you… 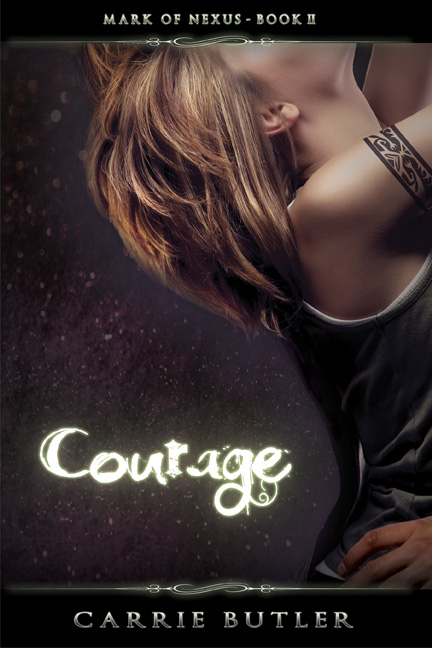 Making a deal with the bad guys wasn’t the highlight of Rena Collins’ semester, but, hey, it saved her boyfriend. Now, in order to appease the human-altering organization known as ERA, she’ll crawl under their microscope while they study the Mark of Nexus and plot their eye-glazed version of the future—until she realizes that’s not all they’re plotting.

Wallace Blake has always known his girlfriend is unlike most girls. But now that information has surfaced regarding the two bloodlines that balance his supernatural race, he finally understands why. Rena belongs to one of them. She’s been augmenting his power, all along…

Enter: Corynn Catley. Brought into the country under the guise of an internship, she’s intended to become ERA’s secret weapon. Kind of. Her abilities cancel out Wallace’s, rendering him powerless, but that’s exactly what he’s always wanted. Too bad it only works when his girlfriend’s not around.

All the while, Rena fails to notice the crush her geeky best friend, Aiden Ross, is nursing. He’d give anything for her to see him in a new light—even reinvent himself through questionable means—but there’s a reason people are told to be careful what they wish for. Finding the courage to tell her could put everyone’s lives in danger.

Where to find Carrie

Where to find Courage

Book Bloggers may
start requesting e-ARCs via this form. 🙂

Huge congrats, Carrie, COURAGE is simply stunning!
Dear reader, what do YOU make of this fabulously sensuous, captivating cover?