In A Word: MURDER! CentreStage with Jane Risdon

Today, it gives me immeasurable delight to welcome back the one and only Jane Risdon: rock star’s wife, photographer, great friend, and author extraordinaire. Jane is here to tell us about a couple of short stories that she has published in a recent anthology. Here goes… the stage is yours, Jane!

In A Word: Murder
A Crime Anthology

Featuring:
Hollywood Cover Up
And
Dreamer
By Jane Risdon

The world of blogging has opened up a whole new way in which to make friends for me.  Since starting my own blog in 2011 I have come into contact and made friends with so many wonderful people, I sometimes have to pinch myself to convince myself it is all real – in a cyber-space reality sort of manner.

Not only have I made amazing friends, but I have also linked up with many talented authors and bloggers who have decided to include me in their daily visits online.  It has been such an enriching experience; one that has enabled me to contribute to various charitable publications they have undertaken for causes close to their hearts – and mine.

Those who know me are aware that I have already contributed several short stories to anthologies in aid of such charities and I am so proud to be able to share my latest contributions with you here.

In A Word: Murder is a collection of Crime stories written by award winning crime authors from around the world.  I am not aware winning but for some reason I have been included in this collection.

The stories are set in the world of publishing; book publishing and in my case music publishing too.  The book is dedicated to Crime writer, Blogger and Editor, Maxine Clarke, (aka Petrona), who died last year in The Princess Alice Hospice, Esher, Surrey, and proceeds from the sale of each book goes to the Hospice.

My two short stories cover the world of book publishing and music publishing.

Hollywood Cover Up is set in Beverley Hills where a young English woman finds herself working for the rich and famous, the movers and shakers in Music, Movies and Book Publishing and at the heart of Politics.  She soon finds herself in danger, on the run from those who employed her to run their homes and lives.  Just what did Tuppence see that caused her life to be threatened and which brought her to the attention of Washington and The Secret Service?

This is based on my experiences in Hollywood, living and working alongside the very type of people my story is about.  Once I got my head round the idea of book publishing which I felt couldn’t be that much different to music publishing, I was off.  So many experiences and memories…. 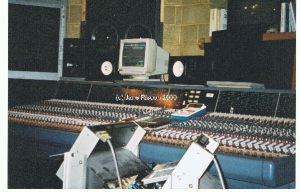 Dreamer is set in England in the late 1980’s music scene, and is about a young Rock band, Dreamer, who have just been given their big break.  An international Record and Publishing Company, Gypsy Music, wants to sign them and a powerful American Music Mogul wants to manage them.  They’ve got it made.  At least they would, if it were not for one person standing in their way.

I’ve worked in the international music business for almost all my life and I know it inside out.  I’ve managed people who would happily kill their own mothers to get what they want and when confronted with the theme for In A Word: Murder, I immediately conjured up some of them.  It wasn’t difficult, believe me.

I’ve based the American manager on several people I had dealings with over the years, and one in particular, sent over from The States to ‘help’ us with a new artist our mutual record label had signed.  He was a star a living legend and subject of many books, and all his artists were and still are, super stars.  To say he had ‘interesting’ friends and ‘methods’ would be understating the whole experience.  He was a ‘family’ member and wanted us to join his ‘family’ and be looked after by him and the rest of the company.  He could ‘open’ doors and ‘smooth’ the way…..if!  If we gave over soul control of our act to him, if we would cut him in, if, if if…….

We played the game for a while and then did the unthinkable and the most dangerous thing he could imagine; we turned him down.  We waited with bated breath for the horses head and concrete boots but for some reason it amused him and the record label….they took it on the chin and put it down to our being so ‘British!’

He wasn’t the last in a long line of ‘friends,’ over the years and many in the same boat as us didn’t fare so well.  We survived.  Others didn’t.  We spent over 15 years with the ‘family,’ but he went on to pastures new and without our ever giving him anything.

Both stories are based on a lifetime of experiences in the Entertainment business, Hollywood and the rest of the world.  They say write about what you know, and I know this world all too well.  Writing these stories was really easy in the end.  It came naturally.  Worrying eh! 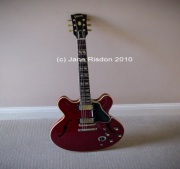 Extract from Dreamer
by Jane Risdon © 2013

Jake held his face where Mickey had bashed him; eyes filled with hatred he grabbed his guitar case and placed his beloved Gibson inside.  He took his book of lyrics off the desk and shoved it inside his back-pack.  Bozz stared at the floor, totally gutted at what had just happened to his childhood mate.  He really didn’t like this one bit.  Rab shook his long brown hair, his face in his hands, seriously freaked by it all. But neither would rock the boat; ruin their chances, miss out of the chance of a lifetime, however distasteful.

Only Mickey seemed to be fine with things, he glared at Jake, and then sat back down tapping out a rhythm on the arm of the sofa with his new Zildjian sticks.  The band was getting sponsorship deals for their gear, arranged by the record company; lots of perks were coming their way. And not just perks; there were the advances from the record deal and the publishing to look forward to.

Why should they lose out on all this because of Jake? Nope, he wasn’t going to miss out because of that stupid bastard.  No way.

‘Go home Jake, I’ll get your stack to you and the rest of your gear tomorrow.’ Bo held the control room door open.

‘This isn’t the end, you bunch of shits; you’ll come crawling back when you need new material, well screw you, screw the fuckin’ lot of you!’ Jake kicked the desk as he passed Bo.

In A Word: AWESOME!

Thank you, Jane, for showcasing your short stories and this anthology here today. I am hooked ~ IAWM is ready and waiting for me on my Kindle. Wishing you every success and all the best for a rocking festive season… Here’s hoping you can visit me again in 2014!