CentreStage showcases fantastic authors from around the world. These authors might share with you stories about their books, their lives, their writing or anything else that takes their fancy. We’ve had picture posts and music posts, interviews, guest posts and all manner of exciting things. So grab a cuppa and a slice of cake as I welcome the fabulous Susan Buchanan! 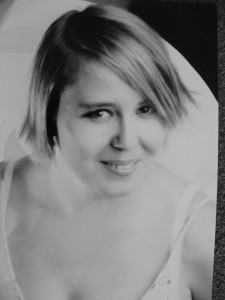 Susan has just launched her second novel, The Dating Game, and she is chatting with her main character, Gill McFadden, about… well, the dating game. Take it away, ladies!

S: *makes sweeping hand gesture to introduce her guest* Today we meet Gill from The Dating Game. She has just taken the plunge and joined a dating agency for professional people.

S: Hi Gill, and thanks for joining us

S: Can you tell us a little bit about yourself? I believe you work in Recruitment?

G: That’s right. I have my own agency, in Glasgow, which specialises in Engineering and Sales and Marketing roles.  I set it up about 3 years ago.

S: That sounds exciting, but I’ve heard it’s a very cut-throat industry. How are you coping with the recession?

G: It is a very difficult industry to be in and now more than ever with 40 candidates chasing every opportunity. It’s very disheartening when you see good candidates fail to get employment.  But on the flip side it’s very rewarding when I place a good candidate in the right role.  It is, however, the bane of my social life. I set up the agency just as the recession started and the job situation, as you know, has only got worse and worse. That means I have to work more and more hours to make a success of things.

S: I imagine that must be difficult when you’re in a relationship, or trying to find a partner.

G: *sighs deeply* Yes, that’s about the long and short of it. Most guys can’t live with the hours I’m putting in. They want all my attention focussed on them and quite frankly, that’s when you meet a good one.  I thought New York was the city where it was meant to be difficult for single women, but Glasgow must come a close second. Plus, the very idea of having time to try and meet someone is just laughable. By the time I’ve finished work (I am here from 7am to 9pm most days) all I want is a hot shower, dinner and bed. Although it would be nice if there was someone to share the bed with.

S: That doesn’t sound a very satisfying an existence…

G:  *gives an ironic laugh* You’re telling me! In more ways than one, I can tell you! The problem is because I don’t have time to go and meet guys in the normal way; pubs, night classes, rambling clubs, even work colleagues (although I don’t recommend that) the only dates I’ve been on in the last few years are blind dates set up by my friends, Lisa, Angela and Debbie.

S: Oh right, so how have those worked out for you, and what did you think of the whole blind date experience?

G: Well, I think the fact that I’ve just joined a dating agency speaks for itself. But generally they consisted of men who spoke about themselves all night, didn’t ask anything about me; were more interested in their appearance than anything else and bitched about their past relationships/wives. And those are the ones I’m not too embarrassed to tell you about!

S: Okay. So, did you ever think ‘stuff this, I’m better off just being single’?

G: Sure, loads of times. And for the most part I do like being single. I don’t need a man in my life.  I make good money, have a nice flat, lovely car (Audi)  great friends and am very close to my brother and his family.  But sometimes, just sometimes, I wouldn’t mind having someone that I could tell about my day when I come in from work, that I could laugh at the Edinburgh Comedy Festival with or who would go to a classical music concert with me. Plus, there’s the physical side of things…

S: So would you say it was the ‘physical side of things’ that led you to join Happy Ever After?

G: No, although if I meet the right person, I’m not ruling that out, at all! It’s been so long since… I mean, it would be great just to be shown some male affection.  I do miss that. But I’ve thought long and hard about it, and I want a relationship.  I don’t necessarily want kids and marriage and all that, but I do want to be with someone that enhances my life.

S: So, tell us about the dating agency? How does it work?  Is it expensive?

G: Yes, and that was a half-price offer. Then it’s £40 a month direct debit.  They say you should expect 20-35 introductions in a year for that.

S: I should think so, at that price!  That will certainly weed out the time wasters.  I must ask, did you tell the complete truth on your dating profile?

G:  *hesitates* Well, mostly.  Everyone likes to present the best side of themselves, don’t they?  I didn’t put I spoke fluent French or anything, but I may have exaggerated a few things. Doesn’t everyone?

S: Hmm, interesting. So, what’s the state of play now?

G: I’ve received three profiles. Two look great, the other, I’m not so sure. I’m meeting my friend Debbie later to go over them.

S: Well, Gill, I wish you the best of luck. Three sounds quite promising. Hopefully you will find your ideal date in that lot.

G: Yes, well, I’m going to reserve judgment until I decide whether to meet them or not, although one in particular I have to say, is definitely my type.  Fingers crossed, but I don’t want to get my hopes up just yet.

S: Will you come back and tell us how you got on?

S: I’m sure it will be. Good luck and thanks for agreeing to this interview

G: You’re welcome and I think I’m going to need that luck!

Nicky says: Wow, good luck, Gill, and I look forward to reading about your dating experiences!! 🙂

About Susan Buchanan and The Dating Game

Susan Buchanan lives in Central Scotland with her partner, Tony. The Dating Game is her second novel, released 2nd Nov 2012. Sign of the Times, her first novel, was published in Mar 2012. She will shortly start work on her third novel, due for release Spring 2013.

Here exclusively is Susan Buchanan talking about The Dating Game:

The idea for The Dating Game came from a friend who had joined a dating agency for professional people in Glasgow. Although none of the escapades or experiences Gill has in The Dating Game are those my friend had, the seed was sown! How does a busy, career-oriented woman in her late thirties, find a guy, and not only a guy, but the right guy? I wanted the relationships she had had and the dates she would have, to be as realistic as possible. As I love travelling, I always incorporate at least one foreign country into my books. You’ll have to read The Dating Game to find out where it is!

When I read, I love to read books about foreign parts that I have visited – it immerses me more in the story. I wanted to do the same in my own novels. I love reading, always have – romantic fiction, crime, contemporary drama, pretty much everything.

Susan has a fantastic launch give-away going on her blog; you could win one of 54 Kindle books by 54 different authors (including yours truly! 🙂 ) so it’s well worth checking out. Visit Susan’s launch party  for details!

Now then. Dating. How did you find your perfect match? Or if you’re looking where are you looking?

And just to take the awkwardness away, I’ll go first. I met my other half singing in the choir ~ go figure!