This is what happens when a professional image team gets on your case….

Says my bio: Nicky Wells is your ultimate rock chick author.
Says Cameron, my publicist, “Do you reckon maybe you should, you know, look the part a bit more?”
Says me, “What do you mean, look the part? You know how much I love and breathe rock!”
Says Cameron, “I do. But people who don’t know you, won’t.”

Hm. Point taken, I suppose. What to do about that, beyond Music Monday and my eternal ramblings about all things rock? Oh, I know. A new author photo.  the ultimate rock chick likeness! YES! It was about time I had some rock-star fun again.

So. Arrange another photo shoot down Bristol-way with ace photographer team, Deborah and Simon Smith, pack the family in the car, and off we go. Last Saturday, we set up the studio, got organised, and got snapping. Between them, Deborah and Simon took well over 500 photos of me in all sorts of arrangements, ranging from the sublime to the outright…hilarious. Loud music and wind machines featured heavily at one point, as did many a laugh and exasperated snort, not to mention endless cups of tea (wine and beer came later) and a truck load of chocolate. The result? See for yourself.

We even had themed mugs. #RockStarService

Showing Off My ‘True Colours’:
Your Ultimate Rock Chick Author

Photo 1
Is that Jon I spot in the distance?
Photograph by Deborah and Simon Smith

Photo 2
Turn up that music….
Photograph by Deborah and Simon Smith

Photo 4
Collar’s up! LOL!
Photograph by Deborah and Simon Smith 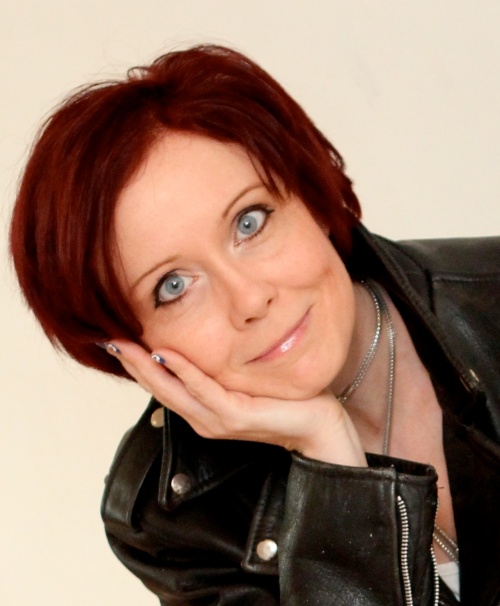 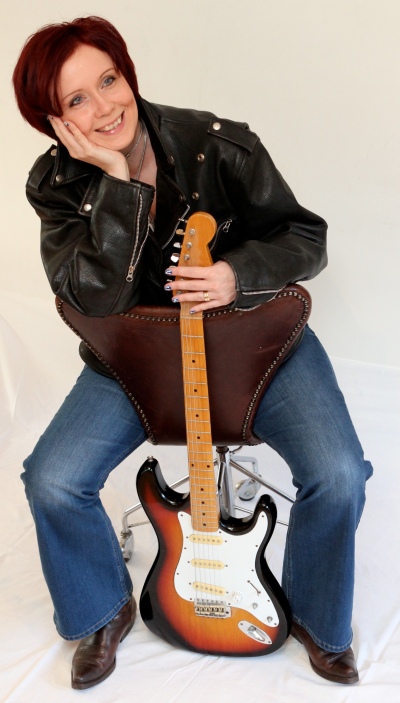 Photo 7
Loving that Guitar!
Photograph by Deborah and Simon Smith 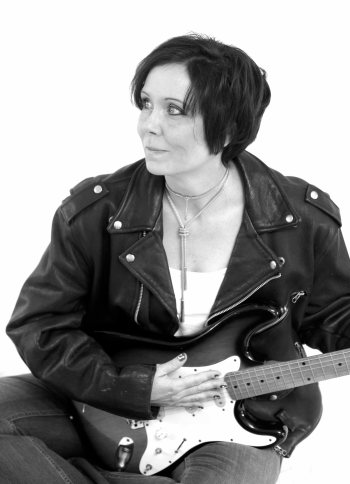 Photo 11
Strike another pose… Me and My Guitar!
Photograph by Deborah and Simon Smith

And phew… that was it! After 500-and-something photos, we declared it a wrap.

All photos courtesy of Deborah and Simon Smith.
Nail art by Isobel. Hair and make-up consultancy by Isobel.
A huge, big, enormous THANK YOU goes to ‘The Smiths’!!
I loved that you had as much fun as I did. You totally rocked,
and you know how much this means!

So. Which ones do YOU like best? I need a portrait and a body shot, with or without guitar and chair. I have two favourites, but having picked this lot out of 500 pictures, I might have lost perspective along the way, no pun intended. Help me out here…

Make the editor’s choice today ~ which photos are going to be The Ones?

Just for fun, take a look at the history of my author photograph. It kind of captures the development of my author career quite beautifully.

It’s quite poignant, this, as it also captures the re-emergence of ‘me’ from within the Mummy-me. If you have kids, you’ll know what I mean.

(And don’t forget to vote!)

No, I’m really not superstitious! And neither is one of my favourite bands. I know it’s not Music Monday, but this is such an obvious thing to share, I couldn’t help myself. (…again!  If you’re a regular visitor to my blog, you might just have seen this clip before… on a different Friday 13th!)

No, I’m really not superstitious! And to prove it, I shall post an ACE song by one of my favourite bands, thereby telling you quite a bit about myself!  I know it’s not Music Monday, but I’m in a rocky kind of mood. So here goes.

Isn’t this a blast from the past? I mean, obviously Europe is still around, very much so, going stronger year on year, in fact. Must be all this being not superstitious! But what I meant is… dig the hair! And the outfits! They take me right back. Boy, did I have a crush on these guys, lead singer Joey in particular. And to show the world, I even had a near identical hairdo. Oh yes I did! Want to bet? Here it is. Feel free to chortle–but it was way cool at the time! Rock chick me, huh?